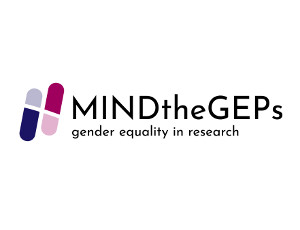 A new European research project prepares the ground for structural changes to promote gender equality in public and private research organisations. Led by the University of Turin, the four-year MINDtheGEPs project will identify good practice and help shape measures to reduce gender imbalances in seven research institutions and generate data to support the development of national and European policy for gender equality in research performing organisations.

The MINDtheGEPs team is a mix of EU institutions coordinated by the University of Turin. The project has partners from Italy, Spain, Ireland, Poland, Serbia, Sweden and the Netherlands. Seven partners: University of Gdańsk, the School of Electrical Engineering-University of Belgrade, Jagiellonian University, Institute of Technology Tralee, Automotive Technology Centre of Galicia (CTAG), National Research Council (CNR) and the University of Turin will set up and implement gender action plans. They receive support from the Italian National Research Council (CNR), Knowledge and Innovation (K&I), Uppsala University and Elsevier publishing house.

The gender equality plans developed in the project will include both cultural and structural aspects. This includes removing barriers to hiring and the career development for women in research, and to contrast gender inequalities within governing bodies and evaluation committees. This ensures actions are aligned with the European Commission’s objectives for gender equality in European research.

Rector of the Jagiellonian University prof. Jacek Popiel congratulated and thanked the organisers for 'the effort put into the preparation of this demanding and innovative project. The project is a consequence and systemic development of activities for equal treatment that have been underway at the Jagiellonian University since at least 2012 (when we joined the 16-day campaign against Gender Violence for the first time). I am glad that the project is implemented by the Institute of Sociology, which has been conducting research and projects on gender equality for many years (e.g. GENERA, ACT) and by newly established Department for Security, Safety and Equal Treatment – Safe UJ. We are working on an equity policy and I trust that the MINDtheGEPs project will contribute not only to further raising awareness of issues related to equal treatment, but also to improving working conditions at the Jagiellonian University'.

MINDtheGEPS will both map existing data and generate new datasets on sex and gender differences to support the development of policy on gender action. This qualitative and quantitative data collection will drive the implementation of effective gender equality plans that can be monitored and evaluated. This is made possible, among others, thanks to the use of data from the first report on gender equality at the Jagiellonian University prepared by Dr Stella Strzemecka from the Department for Security, Safety and Equal Treatment and the experience gained in previous projects carried out at the Jagiellonian University, including ACT and GENERA. Furthermore, having a scientific publisher on board provides access to data on gender differences in scientific productivity and allows us to develop structures to collaborate with scientific journals and publishers on gender differences in scientific productivity. Based on this data, MINDtheGEPs will be able to develop and share guidance on approaches to all aspects of research that takes sex and gender into account.

MINDtheGEPs will also organise a number of workshops on empowerment and gender education for both male and female researchers in the early to middle stages of their career. The project will also focus on measures to balance work and family life, also aimed at both men and women. The project will also design a set of key professional profiles that can act as experts on gender equality, e.g. Gender Data Manager being responsible for collecting and analysing sex-disaggregated data. These roles are meant to complement existing roles, e.g. the Ombudsperson, the Department of Security, Safety and Equal Treatment and Dean’s Plenipontaries for Equal Treatment.

About MINDtheGEPs
MINDtheGEPs (Modifying Institutions by Developing Gender Equality Plans G.A. 101006543) is coordinated by The Research Center for Women's and Gender Studies (CISRDe) at the University of Turin, Italy (CISRDe). The project is led by Prof. Cristina Solera (sociologist at the Department of Culture, Politics and Society, and member of CIRSDe). The project is funded by the EU research and innovation framework program Horizon 2020’s Science with and for Society funding scheme. The project has been awarded almost 3 million Euro and will run for a total of 48 months. At the Jagiellonian University, the project is implemented jointly by the Institute of Sociology and the Department for Security, Safety and Equal Treatment. On the part of the Institute of Sociology, the project will be managed by Dr Paulina Sekuła, a researcher in gender equality projects in higher education and science, and on behalf of the Department of Security, Safety and Equal Treatment the project will be coordinated by Ewa Stoecker, psychologist, researcher, certified anti-discrimination trainer, expert in anti-discrimination education. Also involved in the implementation of the project at the Jagiellonian University are: Prof. dr hab. Małgorzata Grodzińska-Jurczak (Faculty of Biology), Prof. dr hab. Stanisław Kistryn (Rector's Proxy for Cooperation within the Framework of Una Europa) and Dr hab. Anna Zachorowska-Mazurkiewicz (Faculty of Management and Social Communication).

In addition to the multidisciplinary team, an Advisory Board composed of relevant political authorities and internationally recognised experts will contribute to creating significant change in the institutions that are of the project and catalyze change in society around them.