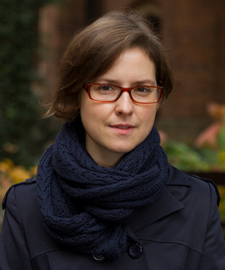 Katarzyna Jurzak was Rector's Proxy for Student Safety and Security at Jagiellonian University in Kraków from 31st March 2011 until 31st August 2020. From 1st January 2020 she is working as Head of the Department of Security, Safety and Equal Treatment – Safe JU. She provides help to students, PhD students and staff in matters related to safety, security and discrimination; reacts to reported threats to students' safety, evaluates feeling of safety, coordinates promotional, informational and educational campaigns. She is the coordinator of the 16 Days of Activism Against Gender-Based Violence campaign at the university; the agreement between the Jagiellonian University in Kraków and City of Kraków Police Department for ensuring safety and security at the university premises; cooperation within the AUCSO - Association of University Chief Security Officers (active member).

She is a member of the university-city team for ensuring safety and security in the city of Kraków and an expert of the team responsible for implementation of “Safe Kraków” (2017) - County crime prevention and public order and safety protection programme.

She participated in research projects:

The tasks of the Rector's Proxy according to the Regulation No. 79 issued by the Rector of Jagiellonian University on 13 September 2016 were as follows:

Jagiellonian University Rector's Proxy for Student Safety and Security functioned untill 31st August 2020. From 1st January 2020 coordination of steps to ensure the personal safety and equal treatment of members of the JU community is the main task of the Department of Security, Safety and Equal Treatment – Safe JU.